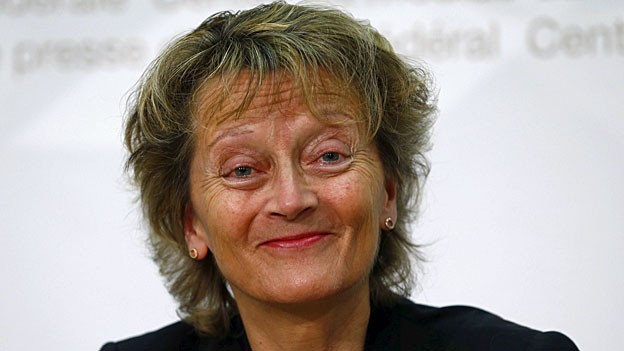 I've always been preoccupied with the matter of what to do to ensure that life is fulfilled even after retirement.

About a year after her resignation from the Federal Council, Evelyne Widmer-Schlumpf took over the presidency of Pro Senectute. In 2017, she told the Migros magazine: “I have chosen three areas in which I am involved: the largest and most prominent is Pro Senectute. I've always been preoccupied with the matter of what to do to ensure that life is fulfilled even after retirement. Furthermore, I have committed myself in the canton of Grisons to children and youth care, as well as to children with heart defects – this is also because we have one.”

In the issue of the SRF programme “Kulturplatz” about the old-age, Madam Widmer-Schlumpf revealed that she lives with her family in a multi-generation house: “We could not reasonably rebuild the family home, so that there would have been room for our two daughters and for us.” Therefore, they have opted for a house with many common areas and where everyone have their own apartment. Her conclusion: “If it works and you maintain these contacts in a good way, but not in such a way that you limit each other's freedom, then I believe that these are the living arrangements of the future.”

As she had announced when she resigned, she is now increasingly taking care of her grandchildren: “Regularly and often – that really fulfills me a lot. Sometimes it is exhausting, of course. I recently said. to the five-year-old: Listen, I'm old, I need to rest a bit now. Since then, he always asks me if I'm old today or if we could do something”, she told Migros magazine with a laugh. In her childhood, her grandparents also played a major role, later her mother had supported her, “otherwise I would not have been able to live out my lifestyle model in the way I did”.

When generations are close to each other, everyone benefit from this symbiosis.